“ALL AROUND THE TOWN” live recording album, it’s a milestone of Fusion Jazz ’80s. Many people listened and enjoyed it in Japan, too. 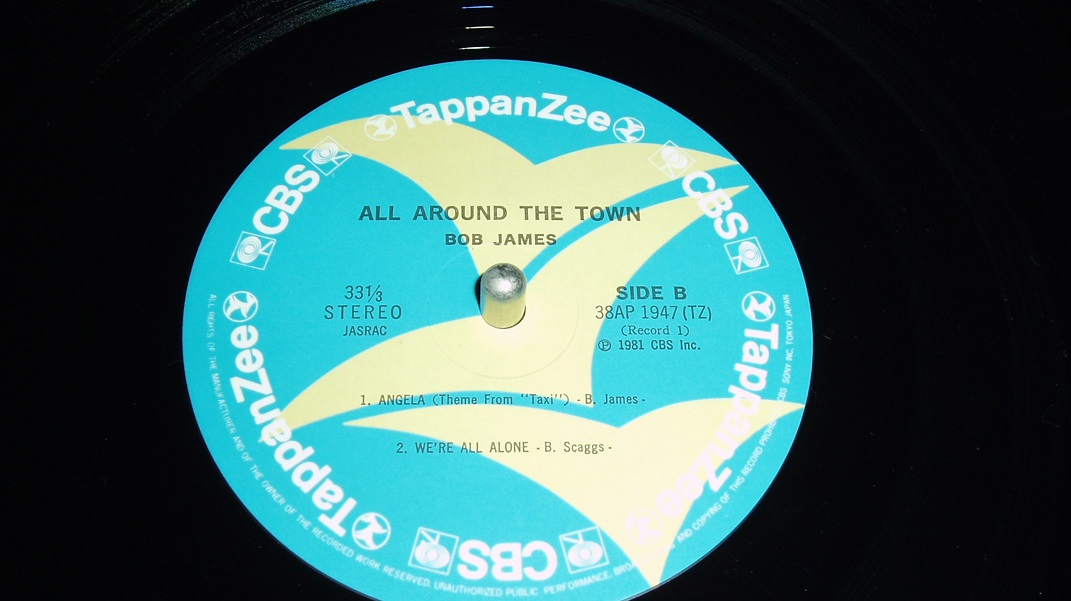 In “Angela”, we can hear beautiful intro adlib by “Tin” Rhodes. This play is one of masterpiece for Rhodes players.

However, in the end of intro, we can hear a little strange feeling of sound. Probably this solo would have been cut, if so, it’s regret matter. Why? Who did it? 🙂

Lead electric guitar, played by Hiram Bullock, is really great during a song.

In “We’re All Alone”, all star big band plays dynamic arrangement. This song makes everybody excite, great playing, adlib solo “battle”s are so hot.
But Gary King is really “cool”, his solo has a soul.

I listened this song again, and knew it is more funky than my memory. And Earl Klugh’s rhythm guitar is so great.

I hope this Fusion Jazz brings big wave of music again to the world.